Blood For Blood by Ryan Graudin releases today and that I get to share the news, along with an awesome giveaway!

If you haven’t yet heard about this wonderful book by Ryan, be sure to check out all the details below.

This blitz also includes a giveaway for 5 finished copies of the first book in the series, Wolf By Wolf! US only. So if you’d like a chance to win, enter in the Rafflecopter at the bottom of this post. 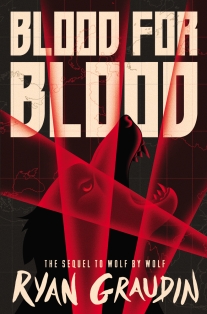 The action-packed, thrilling sequel to Ryan Graudin’s Wolf by Wolf.

For the resistance in 1950s Germany, the war may be over, but the fight has just begun.
Death camp survivor Yael, who has the power to skinshift, is on the run: the world has just seen her shoot and kill Hitler. But the truth of what happened is far more complicated, and its consequences are deadly. Yael and her unlikely comrades dive into enemy territory to try to turn the tide against the New Order, and there is no alternative but to see their mission through to the end, whatever the cost.
But dark secrets reveal dark truths, and one question hangs over them all: how far can you go for the ones you love?

This gripping, thought-provoking sequel to Wolf by Wolf will grab readers by the throat with its cinematic writing, fast-paced action, and relentless twists. 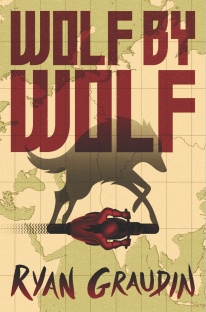 Code Name Verity meets Inglourious Basterds in this fast-paced novel from the author of The Walled City.

The year is 1956, and the Axis powers of the Third Reich and Imperial Japan rule the world. To commemorate their Great Victory over Britain and Russia, Hitler and Emperor Hirohito host the Axis Tour: an annual motorcycle race across their conjoined continents. The victor is awarded an audience with the highly reclusive Adolf Hitler at the Victor’s ball.

Yael, who escaped from a death camp, has one goal: Win the race and kill Hitler. A survivor of painful human experimentation, Yael has the power to skinshift and must complete her mission by impersonating last year’s only female victor, Adele Wolfe. This deception becomes more difficult when Felix, Adele twin’s brother, and Luka, her former love interest, enter the race and watch Yael’s every move. But as Yael begins to get closer to the other competitors, can she bring herself to be as ruthless as she needs to be to avoid discovery and complete her mission? 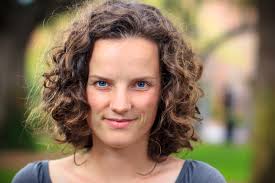 Ryan Graudin grew up in Charleston and graduated from the College of Charleston with a degree in Creative Writing in 2009. She is the author of All That Glows and The Walled City. She resides near Charleston with her husband and wolf-dog. You can find her online at http://www.ryangraudin.com.

5 winners will receive a finished copy of WOLF BY WOLF, US Only.